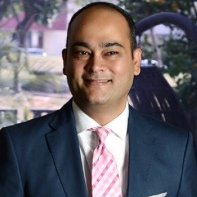 Dhingra will be responsible for contributing to Smaaash’s overall strategy and expansion plans with the core objective of pioneering technology development and raising profitability across its centres.

Launched in 2012, Smaaash is one of India’s well-known gaming and entertainment centres that merges sports, virtual reality, music and dining into an immersive, evolved, interactive and innovative social experience for family, friends and children alike.

Commenting on his new role, Dhingra said, “We want to expand Smaaash from the ground up with its vision centered around being a technology and innovation company first, followed by everything else. I share the company’s mission and aim to aggressively chase the path to profitable growth by leading conversations and scalable change in the experiential, gaming and entertainment sectors across our country and key countries offshore.”

Dhingra has also worked as a Partner with reputed executive search firm, DHR International. He was instrumental in building and running Reliance Big Cinemas as Chief Operating Officer. He has been the brand Architect for PVR Cinemas and also was instrumental in building the cinema advertising industry in India. Earlier in his career, he established Concierge service for the Taj Group.

“Right talent is essential to Smaaash’s expansion policy. Tushar has a proven record of raising businesses to new heights that are firm in foundation, longevity and profitability—three pillars of our success till date. I look forward to his key learnings and implementations across the board,” added Shripal Morakhia, Founder & Chief Imagination Officer, Smaaash.