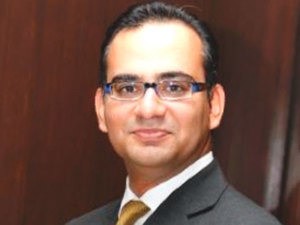 Edited excerpts:Talking to you a day after the government has unveiled the consolidated FDI policy I do not know if you had a chance to go through it but it seems to have a bit of good news especially for the single brand retailers they may want to open their shutters here, some import clarifications that came in?

Pankaj Renjhen: I have not been able to go through it but I have just gone through it very very briefly, but yes definitely it is a definitely a positive way and we have seen a huge amount of interest from international retailers as well to come into India.

I want to understand from you that how are you seeing the retail market shape up? A lot of people back in the day had bought stores, they have bought shops in malls hoping they were going to lease it out or they are going to earn rent from it is that a trend which is now finally over as developers at least a better developers have switched to the lease model?

Pankaj Renjhen: That format of was initial days when nobody understood really what how the retail business works particularly on the retail real estate side so developers were selling their primary retail real estate to individual investors and then further leasing it out but definitely that has taken a big beating and that product model does not work anymore. The model which works internationally and in India as well is where you have the shareholding with the entire asset with one company or one entity who can actually go out and lease those stores views and different brands to different segments as well of retail as well so really that part of the story is really over now. It is really now about to lease models, big size malls, regional malls even if it is not big size malls even if it is small boutique malls but it is really the retail leasing model which only works as well clearly.

Do you also believe that most of the international players which have come in or most of the domestic players which are now expanding quite rapidly in the retail space, most of them are following asset light model, the leasing model that you were talking about versus extreme bullishness what they had earlier in 2009-10?

Pankaj Renjhen: In fact the bullishness is far more now than 2009 and 2010 as well but with the large Indian groups of retail as whether
you look at the Future Group, whether you look at the Reliance, whether you look at Arvind, you look at Maduras as well. Most of them
have, except D-Mart, have always followed asset light model and a lease model and that is what typically works internationally as well
because the amount of money which you have to invest in buying the asset, you could have gone and opened 10 or 20 stores from that
kind of capital available. Secondly, today when you taken on lease you know the market, you know the surroundings and you can predict
the circumstances or the opportunity of that market for the next five or ten year or fifteen years. But you do not have an outlook of 25-30
years. The market shift, the market size varies. So really there is no point in blocking real estate, blocking capital and also not been able
to justify a business plan for 25 to 30 years. Mostly you can actually really do a good prediction for 9 to 12 years is really when you can
predict the market that this market will be relevant to that brand or catchment or not. So it makes absolute sense to do an asset light
model from that is lease perspective for all retailers.